RT @MonicaAmarelo: Child deaths have fallen by almost 50% + vaccines are part of that story. Give to @unfoundation. http://ow.ly/FaqHI

RT @maacomm: “You miss 100 percent of the shots you never take.” — Wayne Gretzky

This is such a super film —> AI WEIWEI: NEVER SORRY by Alison Klayman. http://ow.ly/e3hhr 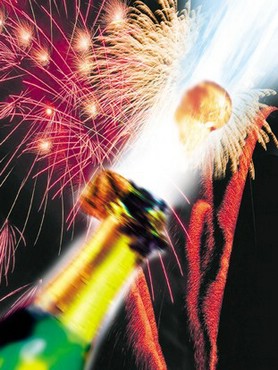 I woke up early, a bit disoriented. What day is it? Oh yes — the first day of a brand spanking new year. And I had plans… big plans.

I was going to get to the gym by 9am, then jump in a Zipcar and buy groceries, budget for 2008, replace the black gloves and scarf I left in Massachusetts over Christmas, do five loads of laundry, clean the kitchen, set up a blog for my brother, and read through all my email.

But one look outside and I decided to burrow into my white down comforter and read one more chapter of The Third Secret. Ten chapters later, I put on the tea kettle and after a quick scan of the cupboards, convinced myself to put off that trip to social Safeway.

Naughty girl that I am, I almost talked myself out of doing laundry too. But three loads later, I was still reclined on the couch reading Steve Berry’s thriller.

I phoned some friends, left messages with family, and finally let go of my well laid plans and vegged out to the last six episodes of Battlestar Galactica Season3.

In all, a most comfortable start to the new year.

I’m off to Philadelphia with John to see the King Tut exhibit at the Franklin Institute. I am enamored with all things Egyptian.

And it’ll be my first visit to Philly. Amazing right? Considering it’s really not far from DC. I’ve driven through it, but have never stayed. 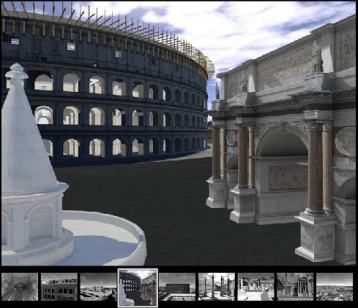 Scientists, historians and archaeologists came together to recreate Rome as it appeared on 21 June 320 AD. The 3D city runs in real time and took 10 years to develop. Travel back in time and see Rome Reborn 1.0.

I’d love to see someone develop something like this for Lisbon prior to the earthquake of 1755. Records and correspondence indicate the city was the jewel of Europe before that natural disaster. The fires and floods killed almost 90,000 people and destroyed the city’s infrastructure. It would be interesting to see what the city looked like before the wide avenues and squares were built.