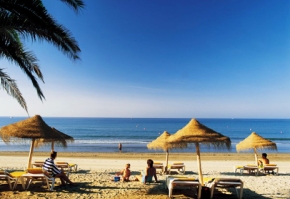 Today marks the end of summer for me. I know, I know, technically autumn begins on September 23 — but habits ingrained in the first 18 years of my life die hard.

Growing up in Massachusetts, it always felt like the cold weather blew in over Labor Day weekend, marking the end of summer and the beginning of school. And so even today as temperatures sore to 80 degrees, in my mind the air is a little crisper today.

Which leads me to how the hell is it September already? Where did June, July and August go? I was supposed to go out to the beach, supposed to catch a ballgame in Baltimore, supposed to go sailing in Annapolis, supposed to do so many things that I kept pushing off because, hell, I had plenty of time?

Remember when summers felt endless? When you’d wake up, throw on a bathing suit, grab a towel, and head off to the beach or to the pool picking up your friends along the way? When the biggest worry to leave with just enough time to change in the car before starting your shift at Chili’s or Walden Books or the Gap? When there was plenty of time to go to the state fair, head out to the amusement park, hang out on the beach, and talk endlessly about cute boys — the lifeguards, the waiters, the ride attendants.

Where did THOSE summer days go?