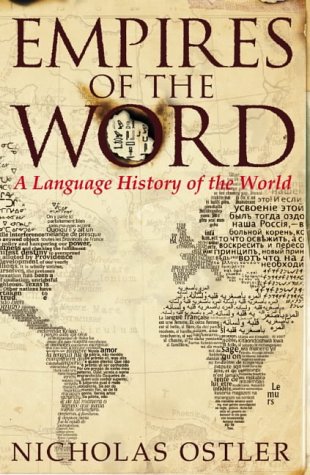 In kindergarten, I would start off a conversation in English, switch over to Portuguese, insert a few French thoughts mid-stream before concluding in English. It drove my teacher and classmates insane. I was the oddball… the strange kid. But that was how we spoke at home.

So one day my teacher called my parents in for a meeting.

“Speak to her only in English,” was the message. And my immigrant parents heard it loud and clear.

So now I struggle to converse fluently in Portuguese, while my brothers have an understanding of the language but can’t speak it at all. I rue the day that well-meaning teacher instructed my parents to converse with their children in one language only.

To add to my language mania – I’ve also suffered from wanderlust for as long as I can remember. While other kids begged their parents for trips to Disney World, I wanted to visit the Eiffel Tower in Paris. Instead of building sand castles on the beach, I wanted to stroll the sands of Morocco.

My parents did not understand my desire to travel. I applied for a passport on my own and before my first day of college, I had visited the U.K., Germany and Yugoslavia.

I have a love affair with words and stories and language. The story of the world is the story of language.

While at the university I studied Chinese for four semesters before throwing in the towel as my GPA plummeted. One bookcase is filled with Pimsleur CD’s and instruction manuels. Another bookcase holds volumes on the history of language and mysteries of ancient tongues.

The Incan khipu is one such enigma that has baffled experts for centuries. Reports today tell of American anthropologists who have identified a three-knot pattern confirming the assumption that the colored strings were used for accounting information.

Communities live and share a common history through language. The khipu are the key to the historical information and stories of the Incas – a device no one on earth remembers how to translate.

Last month I met Nicholas Ostler, chairman of the Foundation for Endangered Languages and a linguist with a working knowledge of 18 languages.

(18 languages! I have a working knowledge of THREE… I dream of understanding 15+ languages)

His book, Empires of the Word, tells tales of Sumerian innovations in education, culture, and diplomacy; the resilience of the Chinese language through 20 centuries of invasions; the birth of the modern languages of Europe; and the global spread of English.

Why did the knowledge of the khipu not get passed down to Incan survivors? Why did Egyptian, which survived foreign takeovers for three millennia, succumb to Arabic? Why is Dutch unknown in modern Indonesia, though the Netherlands ruled the East Indies for as long as the British ruled India?

I know English and Portuguese. I have a working knowledge of French. I’m learning Spanish and Italian.