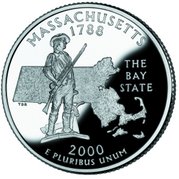 The local government will design the flip side of the quarter.

If it were up to me, I’d have Tai Shan yank one of the fingers of The Awakening hand while surrounded by cherry blossoms.

How would you design DC’s new quarter?

Nicknamed the Father of all Bombs, Russia detonated the new thermobaric device said to be four times more powerful than America’s Massive Ordnance Air Blast, nicknamed the Mother Of All Bombs.

First off, WHO names these weapons? I picture a short, scrawny guy with dark greasy hair and bright eyes who sits in front of multiple monitors, secretly watching old episodes of Get Smart while christening new weapons in an excel spreadsheet.

Second, am I the only one who feels Russia is not the confidante our fearless leader hopes she is, but is instead that backstabbing wench who’s constantly trying to one up America?

Today I dispensed friendly advice and provided clueless tourists with directions. For a slow weekend — especially in comparison with Labor Day — it was exceptionally entertaining.

The highlight of my day was a man who approached the information desk asking how to get back to Baltimore from DC. Apparently he and his family had checked into a hotel there and took the MARC train into DC to visit the sites.

Well, he was looking for a bus that would take them back.

The train was just too expensive. I was like “Huh?!”

Needless to say he was not pleased with his transportation alternatives.

A long, long time ago when I was in college, a group of us were rushing around getting ready to go out. I think we were dolling up for a semi-formal or some other like event.

Anyway, someone turned on a tv and one of the beauty pageants was on. As we took turns running to the bathroom down the hall and stopping in one another’s rooms, the pageant was winding down with the all-important questions.

Miss Louisiana, a stunning girl with long dark hair and a beautiful face, stepped up to the microphone. One of the judges asked for her opinion on affirmative action. She stood there under the bright lights and asked him to repeat the question. By this point a group of us had circled around the television set and I had a feeling something special was coming up. Her answer went something like this……

“Well,” she said. “I believe in optimism and living my life affirmatively. I think everyone has the right to choose to live an affirmative life. Affirmative action is a positive force.”

Miss Louisiana stood at that microphone with the brightest smile on her face. And there was silence. The panel of judges all sat there with their jaws dropped. We all stood there wondering how the pageant princess could have no idea of what affirmative action was. And finally, finally, a row in the audience burst out in applause and hoots of “great answer,” “good job”.

And apparently it happened again!

I must be living under a rock because the first I heard of this was Matt Lauer’s interview with Caitlin Upton this morning. I’m sorry – but she was “caught off guard” and “overwhelmed?” Look at this travesty of an answer:

What does this say about the state of education in South Carolina?

Let’s see you take this one for a whirl — “Recent polls have shown a fifth of Americans can’t locate the US on a world map. Why do you think this is?”

On Saturday, August 18,  Dr. Jorge Santiago Blay will speak on “Entombed in Amber” at 2:30 p.m. at the National Museum of Natural History.

An injured plant releases a resin that entraps an insect: about 120-130 million years later a Smithsonian scientist contemplates Earth history in that bit of hardened and fossilized resin, now called amber. Dr. Jorge Santiago-Blay studies amber and shares his broad understanding of this and other plant exudates as they may inform deep geologic time and have supplied important resources for humankind. Following the lecture, chat with Dr. Santiago-Blay at display tables and learn about these substances and how to spot fakes.

Like most people, I became enamored with amber after watching Jurassic Park. For years I’ve collected gold and green amber set in silver — rings, pendants, and a bracelet.

If you’re in DC on Saturday, think about dropping by Blay’s lecture.

A good friend of mine emailed this morning. Her Palm Pilot died and she lost all of her address book information. She hadn’t synced with her desktop or laptop in months, so nothing was backed-up.

That happened to me last year. And from that moment on, I swore I’d keep a paper version of an address book as back-up.

Phew… that’s how to reach me.

Which got me thinking… on a daily basis I check three voicemail boxes and upwards of five email accounts for messages. And I’m really not all that “plugged in.”

I don’t have a Friendster or MySpace account like some of my techier pals.  I no longer have a PDA or a Sidekick or godforsaken Blackberry.

And since my cameraphone died on me in November, I now use this cheapo Samsung phone that doesn’t support the web. So I pretty much stopped text messaging and IM-ing last year.

I actually remember the days — long gone — when all I needed was my social security number, the five digits to my home phone number, a street address and 5-digit zipcode. Of course, back then, our phones were rotary dial and I had a 13-inch black and white tv in my room.

Hurray for progress and the prophecized paperless society.

I have a love hate relationship with numbers.

There are some digits I welcome with open arms — like the balance of my checking and savings accounts, phone numbers, and 5:30 on a business day.

Though in general, I’ve always felt a more powerful leaning toward letters, words, language. Some mathematicians argue that theirs is the purest form of communication. I would have to disagree.

While “numbers don’t lie” and “1+1=2” in any language, I have to wonder about the President’s latest request for $120 billion.

Two nights ago he spoke of cutting the budget in half by 2009. Today he’s asking Congress for more cash because the Pentagon is spending quicker than anticipated.

Where is the money coming from? Medicaid? Welfare? Child support? Student aid?

In order to pay for something he aches for, his wars, he is willing to sacrifice domestic social programs — most of which work to ensure the well-being of young Americans.

While the headlines scream that the savings rate hasn’t been this low since the Great Depression, the president is the perfect role model, spending more than he’s budgeted for.

Where’s that IKEA catalog? Let’s see… I need three Billy Bookcases, a new couch, a comfy reading chair, hell …. why not throw in a new dinette set too. I was going to wait a few months to make my purchases in cash, but the president has inspired me to buy on credit.

Actually, forget IKEA. I may as well shop at Restoration Hardware and make those interest payments worth my while. Then again, I could just forget about money altogether and just go bananas at Stickley.

You’re right. I think I’ll move. I’ll move into one of those gorgeous penthouse loft apartments with three-bedrooms, five-baths and a terrace in Penn Quarter. I can see the granite counters, teak floors and media room now (though I don’t think anything in Penn Quarter even compares with these apartments in New York City).

If I’m going to blow my budget, I might as well be as unrealistic as possible.

While I’m at it, I’ll go ahead and lease a Maserati Spyder too. 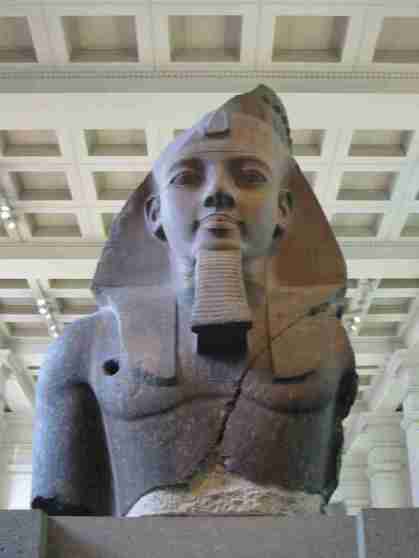 The other day, I read this article about a guy who toured the Fitzwilliam Museum in Cambridge, England.

The man tripped on a shoelace, “tumbled down a flight of stairs and crashed into” a group of Qing dynasty Chinese vases displayed on a window sill.

Can you imagine? You’re walking through a museum and single-handedly destroy some priceless vases that date back to the 17th century.

In December, my friend John and I visited the Van Gogh drawings at the MET. While we were there I found time to look in on my most favorite exhibit in the world.

The MET’s Egyptian collection and the Sackler Wing is something special… not to be missed if you’re in NYC.

So we visited the remains of ancient Egypt.

A few times, as we strolled between the glass cases filled with artifacts, I could picture what would happen if we leaned too hard against the displays. In my mind, faience beads, amulets, headless statues, and shards of ancient pottery littered the marble floors of the exhibit.

On May 26, King Tut will travel from Fort Lauderdale to the Field Museum in Chicago. It’s been thirty years since the Tutankhamun exhibition was last in the US.

Tut’s tomb, discovered in 1923, is the greatest collection of Egyptian antiquities ever found. The find captured imaginations and inspired a generation of treasure hunters.

I guess it’s time for me to travel to the windy city. The last time I was there Cleopatra was in the house. Gosh… four years… it doesn’t feel like it was that long ago.

Are there any exhibits you just have to see? I’m a sucker for ancient Egypt and Greece. What turns your mind on?