Happy October — or not so happy depending on your perspective. I want to know what happened to September.

I’ve got about 15 draft posts to finish editing and publish to this site. So I’ll be publishing in reverse as I complete them.

Where does all my time go?

So how was your September in a nutshell?

The Sackler Gallery hosted one of my all-time favorite exhibitions – Encompassing the Globe – about the Portuguese maritime explorations in the 16th and 17th centuries.

My mom and I attended the opening of the exhibit back in June and since then I’ve gone through the collection of maps and paintings and furniture and religious relics about two dozen times. I’m particularly fascinated by the armillary spheres.

I thought I had a good understanding of Portugal’s history during the age of exploration – but this show proved my knowledge at best inadequate and at worst disgraceful considering my parents were born there. I really need to bone up on my world history.

Today I dispensed friendly advice and provided clueless tourists with directions. For a slow weekend — especially in comparison with Labor Day — it was exceptionally entertaining.

The highlight of my day was a man who approached the information desk asking how to get back to Baltimore from DC. Apparently he and his family had checked into a hotel there and took the MARC train into DC to visit the sites.

Well, he was looking for a bus that would take them back.

The train was just too expensive. I was like “Huh?!”

Needless to say he was not pleased with his transportation alternatives.

There’s something about the naked potential of a day off… a free day… a holiday.

Though I toyed with the idea of doing some work, checking email, reading a report — before the temptation could seduce me — I grabbed my Shuffle, shoved my house keys in a pocket, slung a camera around my neck and headed out into a glorious day.

Everywhere I looked, something else reflected back.

I wrapped up the day with an evening showing of the 11th Hour. Though I felt the movie dragged a little and the message got a little convoluted in the end, it did get me thinking about the disposable society we live in and my contributions to waste. It’s actually been on my mind for a while now.

While I’ve made some lifestyle changes, I’m still not doing nearly enough. As Michael Jackson so eloquently put it, “If you wanna make the world a better place, take a look at yourself, and then make a change.”

So how did you spend your Labor Day? 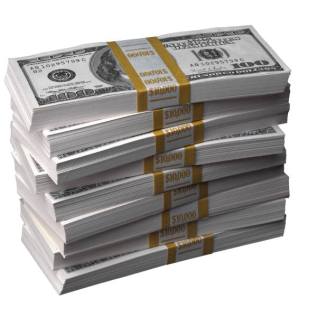 The Examiner reported today on new census data that puts the DC’s median income at $52,000. But what is most striking is the economic divide between the city’s black and white citizens.

That really got me thinking … $34,484 per year… at a time when real estate in DC is all about new construction, upgrades and renovation… where do these people live when the average monthly rent for a one-bedroom apartment is $1100???

I covet the floor plans at 22West, a new building going up at the corner of New Hampshire and M Streets, NW. Construction isn’t finished yet and already 50 percent of the units have been sold. Pricing for a 948 s.f. one-bedroom apartment starts at $765,500.

How does the average white resident making $88,969 a year afford that, much less your average black resident?

I’m just whining because though I make more than my parents salaries combined when they were my age, I will never afford to buy a three-bedroom 1900 sf anything. And if I feel this hopeless of ever owning a little patch of DC, how does the person bringing in $34,484 feel?

Each week, I walk by this mansion at 2118 Massachusetts Avenue. And though I’ve passed by it for years, I never went inside.

Until Saturday. The doors were open with a sign that advertised tours between 1:00 – 4:00 pm. I was planning to go through the American Impressionism exhibit at the Phillips Collection, so I figured I’d be ambitious and do both.

Built for Larz Anderson III and his wife Isabel Weld Perkins by Little & Browne of Boston, the Beaux Arts style mansion was their winter residence and party central between 1905 and Anderson’s death in 1937.

Ground broke on the Anderson House in 1902. When the building was complete in 1905, legend has it three quarries in Italy shut down, emptied of all their marble.

Now, the mansion is headquarters to the Society of the Cincinnati and holds hour-long docent-led tours Tuesdays – Saturdays between 1-4:00 p.m.

Though the artwork is less than impressive, the architecture is well worth the tour. Secret passageways, goldleaf, murals that resemble tapestries, inlaid wood floors and marble everywhere.

On Tuesday, 28 August at 7:00 pm, there will be a lecture and book-signing by Scott W. Berg, assistant professor at George Mason University. He will discuss and sign copies of Grand Avenues: The Story of the French Visionary Who Designed Washington, DC.

There is also a concert series which begins on September 8.

On Saturday, August 18,  Dr. Jorge Santiago Blay will speak on “Entombed in Amber” at 2:30 p.m. at the National Museum of Natural History.

An injured plant releases a resin that entraps an insect: about 120-130 million years later a Smithsonian scientist contemplates Earth history in that bit of hardened and fossilized resin, now called amber. Dr. Jorge Santiago-Blay studies amber and shares his broad understanding of this and other plant exudates as they may inform deep geologic time and have supplied important resources for humankind. Following the lecture, chat with Dr. Santiago-Blay at display tables and learn about these substances and how to spot fakes.

Like most people, I became enamored with amber after watching Jurassic Park. For years I’ve collected gold and green amber set in silver — rings, pendants, and a bracelet.

If you’re in DC on Saturday, think about dropping by Blay’s lecture. 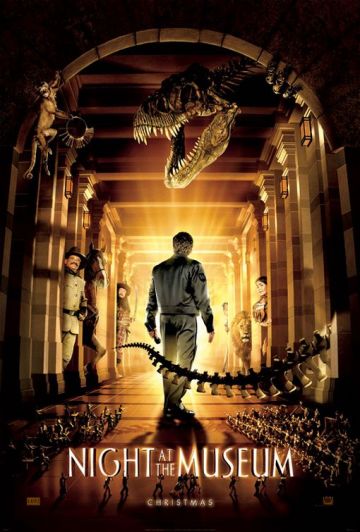 Some weekends I volunteer at the Smithsonian’s National Museum of Natural History. Lately one of the most common questions I get asked is — “Was Night at the Museum filmed here?”

Before I answer that question let me ask — Did you SEE the film?

Because dinosaurs and cavemen running through CENTRAL PARK is kind of a dead giveaway. And no, the National Mall in no way resembles the wooded park featured in the movie. Sorry.

To the father of the four most adorable towheaded children… you should have approached the information desk before taking your kids on an hour-long “remember this from the movie” tour of the museum. I would have been happy to inform you that setting wasn’t DC’s famed natural history museum, but New York’s American Museum of Natural History.

It’s tricky… I know… what with the one word difference in the names — American vs National — and the fact that the museums are located in two different cities 200 miles apart.

I’m real sorry your kids were devasted to learn that Teddy Roosevelt is in NY and not DC, and will no longer trust a bloody word you ever tell them, but really, when in doubt, ask the friendly volunteer first.